Tips for safe operation and maintenance of drones in winter weather

DJI Enterprise’s commercial drones have been engineered to fulfill the demands of our customers, who often put their drones to the test in extreme environments and scenarios. Among the most challenging of these missions are those that occur at high altitudes and in snowy conditions. From search and rescue in the mountains to surveying and mapping in remote areas, wintry weather and low temperatures pose a major challenge to both pilots and aircraft.

We at DJI Enterprise have prepared this guide to help you better deal with flight activities and drone maintenance in harsh winter environments. We cover common drone issues caused by cold weather, and tips to follow before, during, and after flight to best maintain your drones.

DJI drones are powered by lithium batteries. Temperatures below 15°C (59°F) increase a battery’s internal resistance, which leads to a decrease in its discharge capacity and an increase in voltage drop during discharge. When flying, if the battery voltage drops significantly (with the battery voltage of a single battery cell being less than 3V), the aircraft will not be able to maintain a high flight speed at maximum thrust. If you continue to fly with a low battery, the risk of accidental power failure will increase.

For a definitive guide to maintaining and caring for your DJI Enterprise drone batteries, refer to our guide. 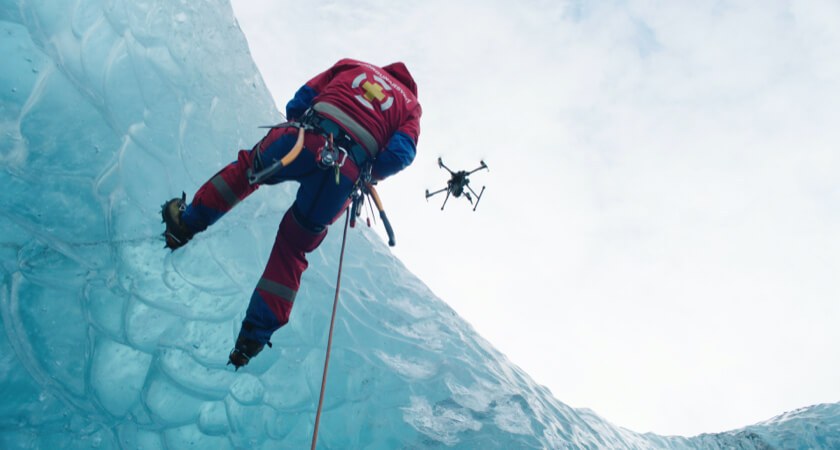 I. Preparation before takeoff

Ensure that your batteries have been fully charged before takeoff, and ensure that that battery voltage is normal.

Use a battery preheater or power on the battery in advance to preheat the battery to over 15°C (59°F), thus reducing the internal resistance of the battery.

Clean off any snow and ice on the aircraft surface. If any liquid is found on sensor surfaces, promptly wipe them dry to prevent freezing due to low temperatures while airborne.

After powering on your drone, warm it up for about 1 minute before takeoff, so as to ensure the normal performance of various sensors. If the payload lens fogs up, power on the aircraft to preheat it and dissipate any water vapor on the lens. 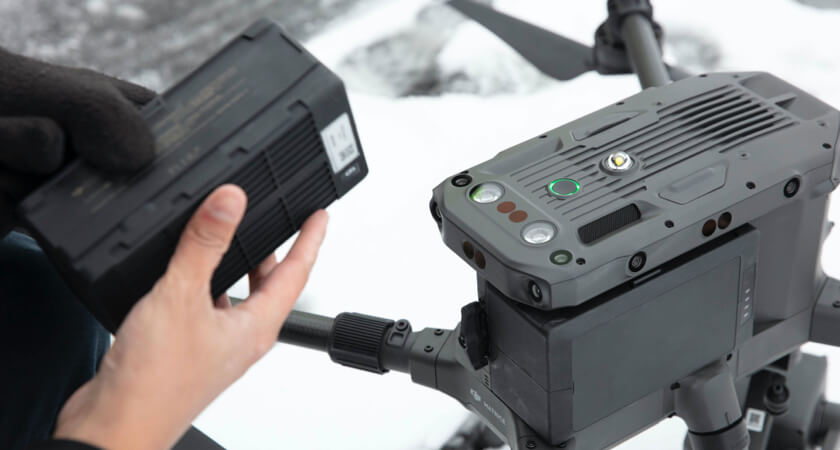 Avoid flying the aircraft when it has low battery, and reserve more battery power for the RTH process than you would under normal temperature conditions. 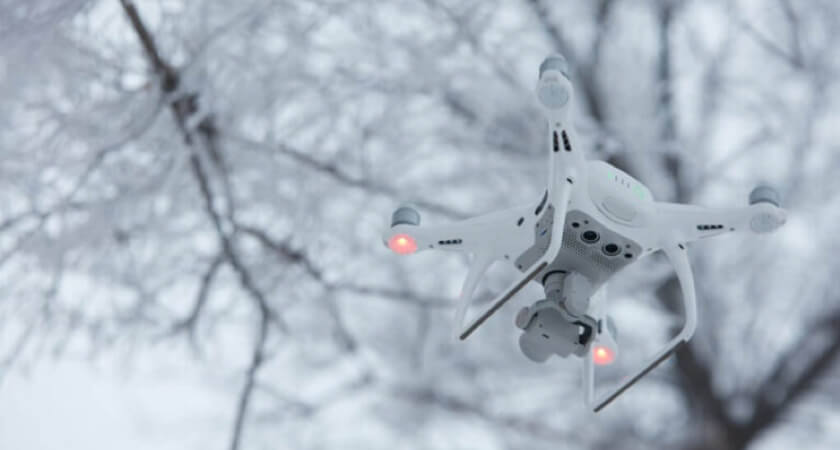 In order to prevent a sudden drop in battery voltage, avoid long spells of high flight speed at maximum thrust

Avoid flying in environments that experience drastic changes in temperature, so as to prevent safety hazards such as sensor errors and icing of components. Additionally, to prevent visual sensors from malfunctioning, avoid flying at low altitudes (within 5m) above thick or highly reflective snow.

Pay attention to extreme weather information such as severe cold and snowstorms. If the flight app prompts any error messages about flight safety while airborne, promptly land the aircraft. 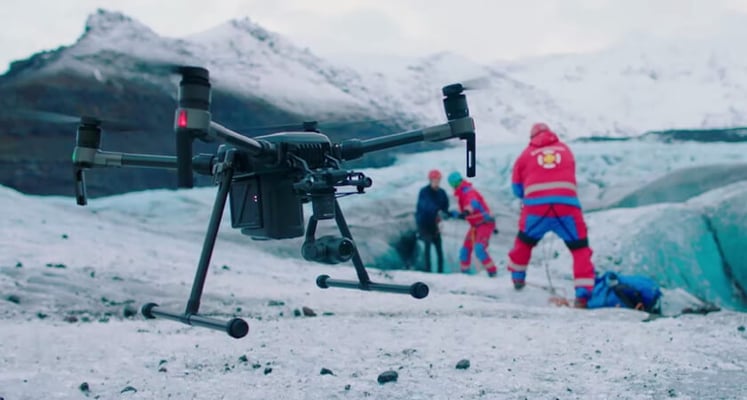 III. Storage and Maintenance after Flight

The temperature difference when entering a warm room from a cold outdoor environment can cause condensation to form on aircraft surfaces, such as the battery and lens surfaces. At this time, promptly wipe and dry the aircraft to prevent damage to its electronic components.

After the mission is over, return your drone to its protective case, and store it in a dry, indoor environment at a constant temperature between 5-20℃. Avoid storing the aircraft in direct sunlight.

Low temperature operating environments will accelerate the aging and damage of certain components. By performing regular professional maintenance checks on the drone, any underlying issues can be detected and addressed early, ensuring safe and efficient winter drone operations.

Pilots should be sure to wear sufficiently warm and windproof equipment when working in cold scenarios. When flying in icy or snow-covered environments, pilots can wear goggles to prevent eye damage caused by light reflection 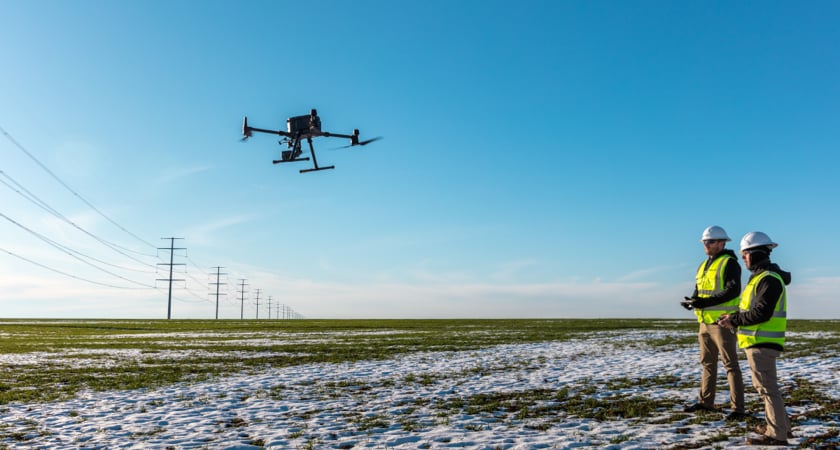 What is the best drone for sub-zero operations?

Rugged environments demand a rugged drone. The Matrice 300 RTK was designed to perform safely in even the most challenging of scenarios. To ensure its reliability and durability in cold weather, the M300 RTK was put through rigorous laboratory weather resistance tests. Refer to the table below to see what kinds of tests the M300 RTK has passed.

DJI provides periodic maintenance solutions tailored specifically for enterprise-level drones, including component inspections, updates and calibrations, deep cleaning, and component replacements. These services cover the entire life cycle of the drone so that you can always operate your drone efficiently.